How the Black Turtleneck Came to Represent Creative Genius 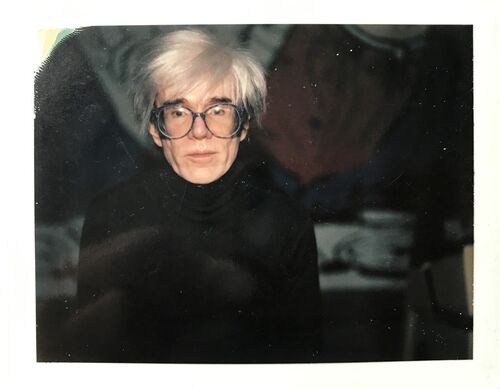 When the disgraced health entrepreneur Elizabeth Holmes was indicted on fraud charges for her lab-testing company Theranos last year, much of the media discussion rested not on her alleged corporate recklessness and staggering abuses of trust, but on her sartorial choices: black jackets, black slacks, and—most importantly—black turtlenecks. “I probably have 150 of these,” she said of them back in 2015. “[It’s] my uniform. It makes it easy, because every day you put on the same thing and don’t have to think about it—one less thing in your life.” Holmes’s statements would ultimately come back to bite her, summing up her chequered business career in microcosm: style over substance, image projection over integrity.

Trivial as it seems, that detail seemed to shed light on her character. According to one former employee, Holmes’s taste in sweaters was a conscious channeling of the late Apple supremo Steve Jobs, who was rarely pictured without one of the many black Issay Miyake turtlenecks he owned. His maverick reputation was associated with his trusty wardrobe staple, his black turtlenecks projecting a cool intellect and general unfussiness. They suggested that he was a different kind of businessman—a “visionary” who did not play by the boardroom rules. Had he dressed like Bill Gates or Jeff Bezos, would we really remember him as anything other than an uncommonly shrewd CEO? 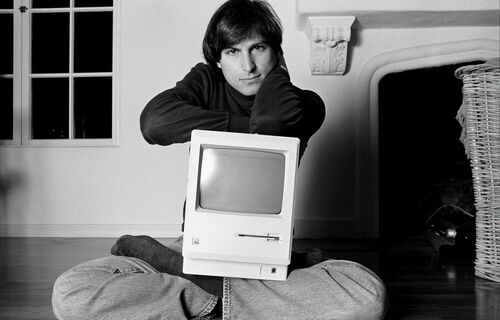 There’s an obvious question here: How did a basic item of clothing come to accumulate such lofty signifiers? The answer lies in its very simplicity. The turtleneck’s appeal rests largely on what it is not: It makes the classic shirt-and-tie combination look priggish and the T-shirt appear formless and slobbish, hitting that otherwise inaccessible sweet spot between formality and insouciance. It is sufficiently smart to be worn under a suit jacket, yet casual and comfortable enough for repeated everyday wear. Developed in the late 19th century as a practical garment for polo players (hence the British name for it: the “polo neck”), it was originally a utilitarian design largely worn by sportsmen, laborers, sailors, and soldiers. But by the dawn of the 20th century, European proto-bohemians were already seeing possibilities in the garment’s elegant functionality, which chimed harmoniously with embryonic modernist design ideals.

Much of the credit for the turtleneck’s subsequent popularity can be attributed to British playwright Noël Coward, who regularly sported one for a period in his 1920s heyday. Though he said his adoption of the garment was primarily for reasons of comfort, it became a trademark that immediately suggested a disdain for convention. In any case, it caught on, in no small part due to its risqué possibilities. The tirelessly androgynous actress Marlene Dietrich relished the turtleneck, pairing one with a baggy, masculine suit and a knowing grin in an early 1930s publicity photograph. Writer Evelyn Waugh, meanwhile, believed it to be “most convenient for lechery because it dispenses with all unromantic gadgets like studs and ties.” 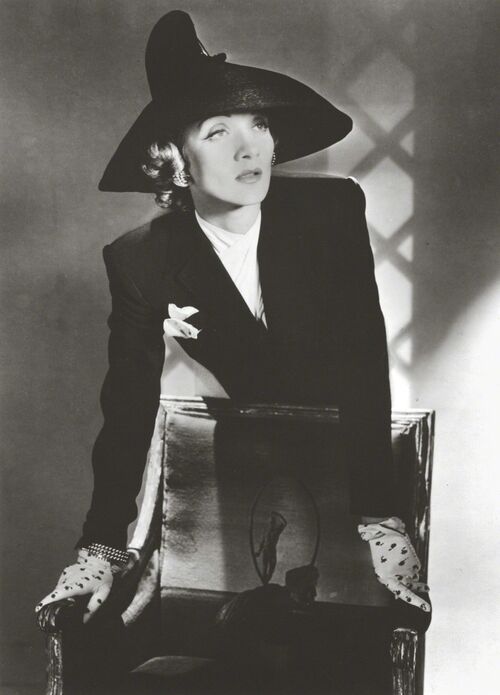 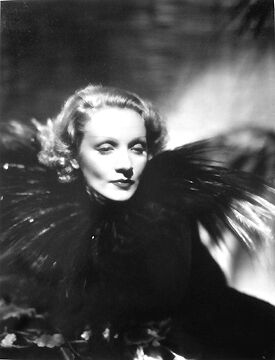 But the turtleneck’s moment of true glory did not arrive until the end of World War II, when the post-occupation cultural renaissance of Paris made it a must-have for aspirant existentialists the world over. The garment became associated with the glamorous writers, artists, musicians, and film stars associated with the city: Juliette Greco, Yves Montand, Jacques Brel, and Miles Davis, to name a few. Audrey Hepburn notably co-opted the look in the Paris-set 1957 Fred Astaire vehicle Funny Face, and where Hepburn went, other Hollywood stars followed.

More importantly still, the French associations—moody, chic, deeply serious—earned the turtleneck an underground credibility in the U.S. in the 1950s. Over the next two decades, everyone from Lou Reed and Joan Didion to Eldridge Cleaver and Gloria Steinem was pictured wearing one. Bob Dylan was rarely seen without one in his so-called “Electric Period” of 1965–66. That same decade, Andy Warhol adopted the black turtleneck as his signature look, pairing it with shades and a floppy wig. It was arguably the most effective makeover in art history; his pre-fame attire consisted of preppy suits and ties. 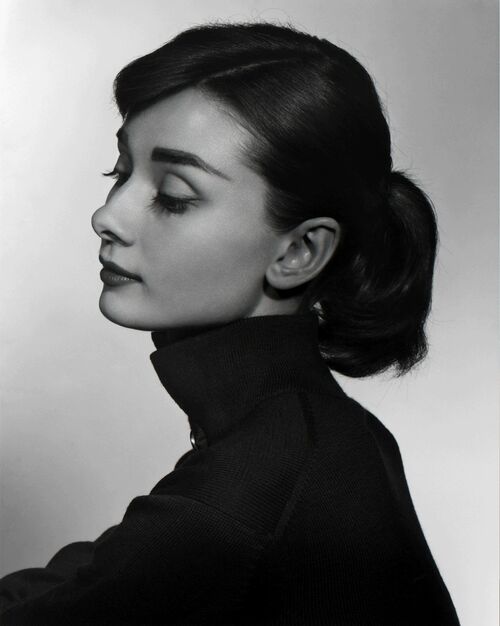 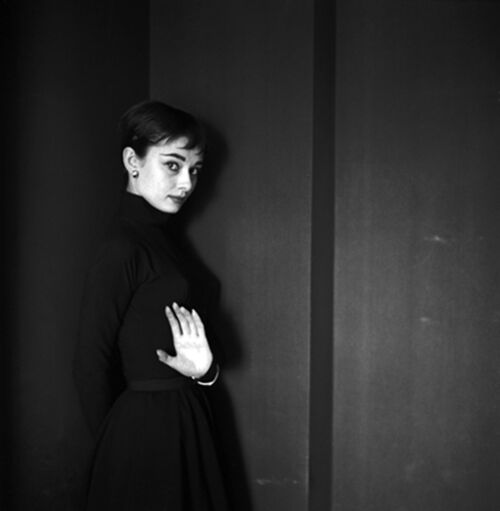 Fashions, however, will always lend themselves to parody, and with that, an undignified slide into the gutter. The 1970s saw the turtleneck worn in a range of garishly bright colors that killed any illusion of cool that it might have previously bestowed on its wearer—take Leonardo DiCaprio’s wardrobe in this year’s Once Upon a Time in Hollywood, for instance—and, what’s more, the standard black variant came to be seen as a laughable emblem of pretension in the years that followed. In the 1997 movie Tomorrow Never Dies, Jonathan Pryce’s character, a Murdoch-like media mogul, sports a black turtleneck in almost every scene; the look stands in for his hubris, megalomania, and fatal overestimation of his intellectual abilities. Presumably, Elizabeth Holmes was not paying attention.

Yet the turtleneck was always too useful, too practical, too cool, to ever be consigned to the dustbin of history. If in doubt, look at those classic monochrome photographs of the Velvet Underground, or Steve McQueen in Bullitt (1968),or Angela Davis in full-on radical garb circa 1969. The list could go on. 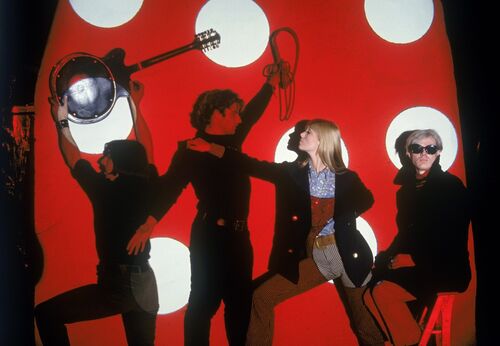 But as a devotee of the turtleneck, my favorite image of the garment will always be the earliest depiction of it I’m aware of. Painted in 1898, when he was just 26, the German artist Bernhard Pankok’s best self-portrait captures himself from just above waist-level, framed against the window of a simply decorated room. His wild hair, wispy mustache, and expression of supreme confidence look backwards to the young Rembrandt, but the art-historical homage is skewed by the tight-fitting black turtleneck he sports.

In both compositional and sartorial senses, Pankok’s choice of clothing foregoes the extraneous frippery of the era’s fashions—shirt collar, jacket, necktie—and leaves us to contemplate the essentials of the painting and its subject’s features. Long before the rest of the world had caught on, oblivious to the pop-cultural connotations this singularly practical item of clothing would acquire, Pankok distilled the essence of modernity into a single image. He presents himself as a man of the 20th century before the fact and, without knowing it, one for the 21st, too.

Book Review: The Art of Gears 5

The Pranksters of Pop